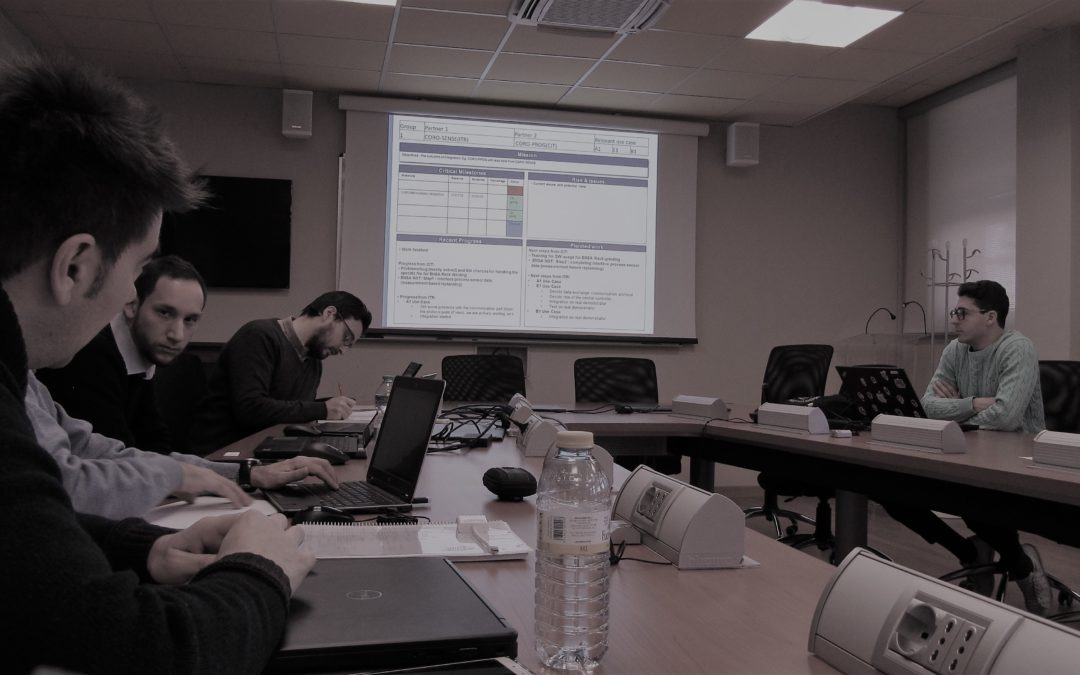 New year 2019 must confirm the work of project partners on the final demosntrations in September. COROMA integration phase is taking a bit longer that initially planned, in order to erase every technical burr that can spoil the merging of the final systems, but Padova is the first town to witness a meeting with the “Demonstration” work-package on the agenda.

The consortium, hosted by ITR, IT+Robotics, starts to think not only of end-users general requirements but also about the restrictions that will be found in the real scenarios where the demos will take place: one in ACITURRI (Aerospace sector), another in ENSA (Energy), and the final one in BENETEAU (Naval).

There is enough time for reviewing, improving, integrating, communicating and testing, but partners will have to multiply efforts in order to fit in the applications in three in-parallel different real scenarios.

No less important than technical progress in COROMA is the exploitation and dissemination of the results, the other two active work-packages. The work on business plans will give its first result in an updated “exploitation plan”, to be released just after the meeting in Padova. The “CEN Workshop Agreement”, started in the last general meeting, has also continued its development with two work-meetings in less than three months. COROMA has always being active in communicating and disseminating its results and the used technologies. Along 2019 a series of videos will be scheduled and uploaded on different technical issues and they can be seen in COROMA’s youtube channel. We hope you enjoy them…